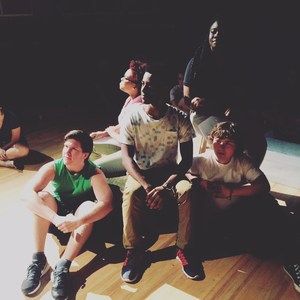 Daniel Gambill, CHS Theatre Teacher, announces the 2015 Fall Production.
This November, Theatre Crandall will produce William Shakespeare's A Midsummer Night's Dream.  Over 30 students auditioned for the fall production on Wednesday, August 26 after school.
This equally iconic and immortal comedy will feature several veteran Theatre Crandall actors, as well as several new-comers. The show will be anchored by veterans Gareth Phipps (Oberon), Shayna Survil (Titania), Ethan De La Torre (Puck), and Presley Butler (Bottom). The ensemble also includes veterans Jordyn Pierson (Hermia), David Heath (Demetrius), Brandon Furtick (Egeus), Marissa Patterson (Peaseblossom),  Audrey Moore (Moth), Mitchell Pleake (Flute), and Haley Noble (Cobweb).
Newcomers Bailey Daniels (Helena), Patrick Richardson (Quince), and Baileigh West (Mustardseed) will join the veterans in this ensemble show.
Five very talented freshmen will round out the cast with Dalyn Kvapil as "Lysander," Cassie Colley as "Mote," Tim Bogan as "Starveling," Alondra Strawther as "Snug," and Rachel Grant as "Snout."
A Midsummer Night's Dream follows the events surrounding the wedding of the Duke of Athens, Theseus. In this slight adaptation, Theseus falls asleep after a quarrel with his fiancé and dreams of the adventures of four young Athenian lovers and a group of six amateur actors (the mechanicals), who are controlled and manipulated by the fairies who inhabit the forest in which most of the play is set. In his dream, Theseus imagines that his fiancé and he are the King and Queen of the fairies.
The play is one of Shakespeare's most popular works for the stage and is widely performed across the world.
Tickets and concessions can be purchased at the performances on November 10th, 12th, and 14th. Doors will open at 6:40, and curtain will be at 7:00. For more information about group rates or general questions, please contact director Daniel Gambill at dgambill@crandall-isd.net.
Print