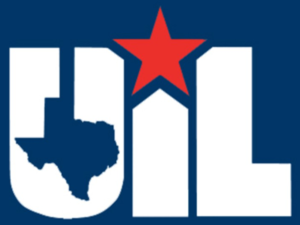 Pirates prep to compete for first time on 5A level, join 5 other teams in Texas transitioning up from 4A

Crandall ISD entered Monday’s realignment already knowing it had made the leap from 4A to 5A. Now the Pirates know who their new opponents will be when district competition begins next fall for the 2020-21 school year.

“Our kids and coaches are excited about the new district,” said Joe Dale Cary, CISD head football coach and athletic director. “We know the challenges ahead, but our kids in Crandall work extremely hard and will be prepared when the new seasons arise. We have no control of what district we are placed in, but we do control our attitude, effort, and work ethic every day. We are already working to make sure we prepare the best we can.”

Crandall will be competing at the 5A level for the first time in the district’s history. The UIL realigns districts every two years based on high school student enrollment. This year’s 4A student numbers ranged from 515-1,149. Crandall HS eclipsed that with 1,316 students which placed them in 5A.

One school that immediately draws attention on the football schedule is Ennis. The Lions are a perennial power on the gridiron and last year advanced to the state quarterfinals before losing to eventual state champion Aledo.

“We are looking forward to new challenges and new opportunities as we make the jump to 5A,” Cary said. “We know every week will be tough, but our kids will embrace the challenge and be prepared when our season starts. There are great players and coaches in our new district, so every day is extremely important as we prepare for them.”

But while the Pirates will now be competing against larger schools excited, Cary is eager for his coaches and student athletes to begin facing the new challenges.

“Playing at the 5A level will be exciting for our kids and coaches as well as our fans and community,” he said. “Going to some bigger schools and playing against the type of competition we will face will only make us better. We have had tremendous athletic success in 4A, and we are eager and anxious to carry that success over to the 5A level.”

The 2020 athletic schedules will be announced as soon as coaches work out details within the new districts.